by Heather Conn. Published by Department of Corporate Communications, BC Transit, 1998.

“This superb book, produced by enthusiastic transport professionals, raises the standard expected of official histories . . .With a good mix of formal narrative, nuts and bolts detail, and personal anecdote, the book will appeal to enthusiasts and interested locals alike.”

Published in 1998 to celebrate their fiftieth birthday, this book about Vancouver’s trolleys has become a collector’s item!

As the manager who organized BC Transit’s 50th Anniversary of electric trolley buses in Vancouver, BC, Canada, Conn created and wrote the colour, souvenir book Vancouver’s Trolley Buses 1948-1998: Celebrating a Half-century of Service. With a team of about ten, she hosted a public event in Stanley Park with archival films, historic photos and buses, an exhibition of drawings, speeches, and free cake. They created commemorative T-shirts, postcards and bookmarks, plus event merchandise such as keychains and mugs. This limited edition souvenir publication was one of the pieces of merchandise available at the event. The book features never-before-published photographs and examines the sociocultural impact that public transit had in shaping Vancouver and the lives of its residents.

Trained as a journalist, Heather Conn has worked as a professional writer for 30+ years, based in the Vancouver, BC region. She has published in 50+ magazines and newspapers, including The Globe and Mail, Vancouver Sun, Georgia Straight, and Canadian Geographic. She has also co-written two short films for Bravo! TV and served as a writer for CBC-TV Vancouver. Her specialty areas include arts and culture, the environment and sustainability, travel, social justice issues, and spirituality.

Heather works as a writing coach in nonfiction and fiction and has taught professional writing full-time at Selkirk College. She created and taught five courses in creative writing for adults with mental illness for the Vancouver Coastal Health Authority in Sechelt, BC. Her popular writing courses in Continuing Education for the Vancouver School Board maintained waiting lists. She has taught writing workshops at Powell River Digital Film School and Pull Focus Film School in Vancouver. Other teaching venues, on subjects from travel to memoir, include Capilano University, Continuing Education (Sechelt), Simon Fraser University at Harbour Centre, and the Kootenay School of Writing.  Heather has an MFA in creative nonfiction from Goucher College, Baltimore.

Heather edits nonfiction and fiction books and has worked as editor-in-chief of PeopleTalk magazine, published by the B.C. Human Resources Management Association. She served as a contributing editor for Alive and BC Woman magazine and as western editor for Trucking Canada. She has edited at least a dozen books for a variety of B.C. publishers, including Harbour Publishing, MW Books, and Opus Productions Inc.

As former corporate communications for B.C. Transit, Heather wrote and edited web material and an extensive range of internal and external content, including a souvenir historical book. She served as editorial director for Century Communications in Vancouver and has written and/or edited promotional materials or ad content for groups including Sustainability Television, Pacific Wild, and the Sunshine Coast Regional District. 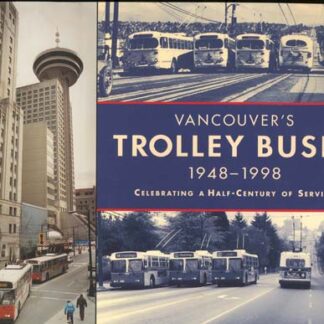