The latest from artist Lawrence Walker…. a true “made-in-Vancouver” original. Triesel #2649 started serving the city as a Flyer E800 trolleybus. Though the bus was built in 1976, the propulsion system was recycled from old Brill trolleys. Sounding fine in theory, in practice it wasn’t. The answer was to take drivetrains from retired Flyer D700s, and install them into the E800s. The bus was renumbered 1109, and entered service with ‘dummy’ trolley poles — one of two so equipped. The idea was that during winter months, de-icing fluid could be pumped up to the overhead.  It was decided to remove the poles during the summer months to avoid the confusion shown by some seeing the bus moving with poles down! 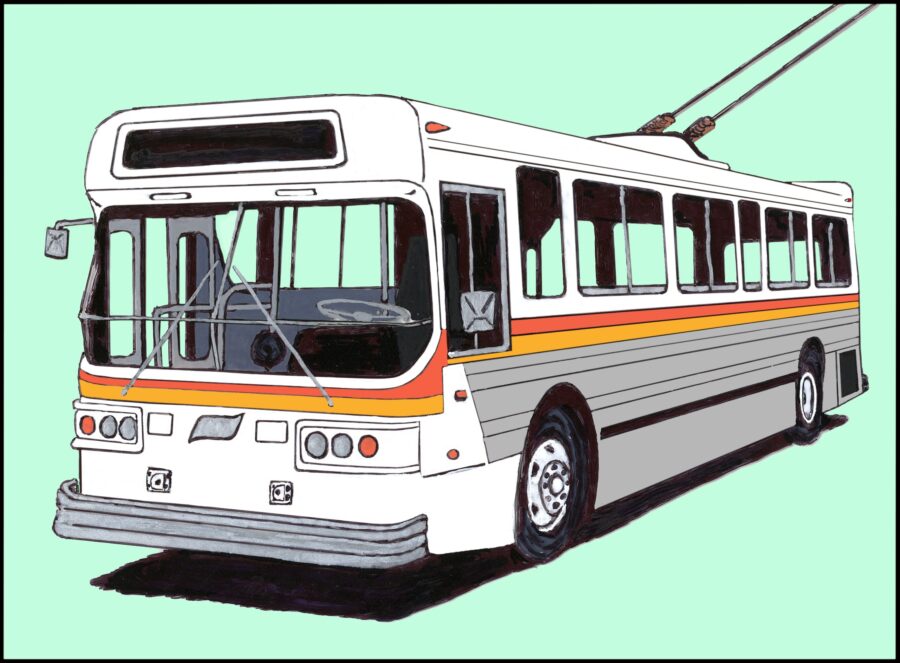 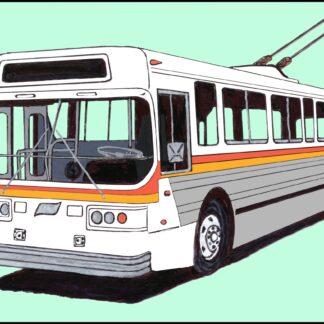